Cushions or should that be pillows

Last week lampshades, this week it's time to sew some cushions or should I be calling them pillows.  I know the Americans have always referred to those squashy things on the sofa as pillows but it was always cushions in the UK but recently I have noticed that more and more of my customers describe them as pillows. Certainly the word cushion can often be challenging to northern vowel sounds like mine and perhaps pillow sounds softer and more appropriate but then what do we call those things our heads rest on whilst in bed
Anyway to the point.... I bought some pieces of quilted toile in December and was looking forward to seeing them made up 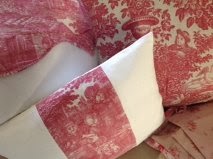 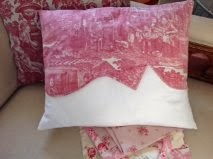 The second piece was part of a bed hanging I think and I've kept the scalloped edge to overlap the white linen although the cushion opens at the back as usual. It's a story I've come across before, Le Digit Coupe or the cut finger and shows a little boy having his injured finger bound up by an old lady
A cat features at his feet 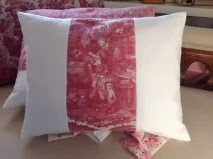 And for dog lovers the third smaller cushion is La Bonne Nouvelle, although no text on this piece. "The good news" is being read whilst a pekenese sits at his feet 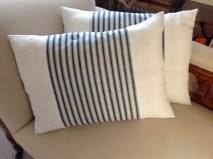 I picked up some nice pieces of French ticking; simple blue stripe with enough for a large pair of cushions. This size is almost the same as a pillow and looks good on beds. 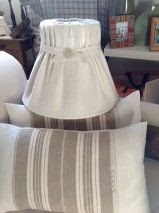 Also a beige linen ticking, much rarer and if bigger very nice for lampshades. I've teamed the ticking with a cream vintage linen and finished the group with a large shade in this cream linen. Looks lovely lit as the cream fabric gives a warm glow 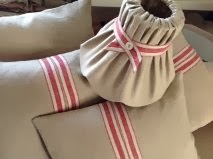 Finally a group of simple mangle cloth cushions. These linen pieces with striped edges were used to protect fragile pieces of fabric whilst being mangled and are very useful for making shades and cushions. Finished this group with a small shade with striped band 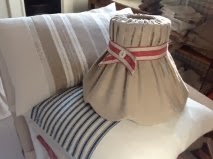 Am now working on new greetings cards as stock had become very low by the end of last year
My next open house will be at the beginning of March, slightly earlier than usual but do hope you can make it; get in touch if you need directions....be lovely to see everyone after the winter break

Posted by hellish designs at 00:55 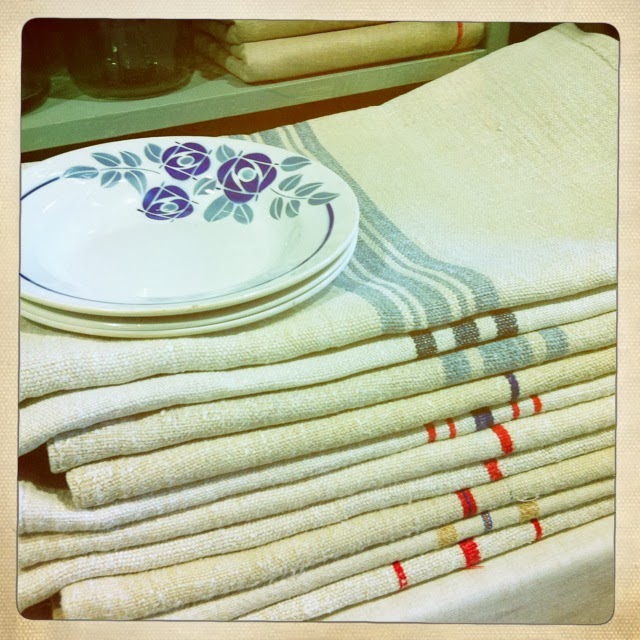 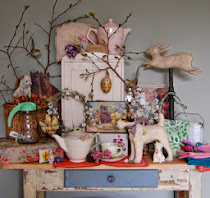 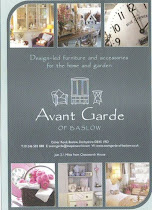 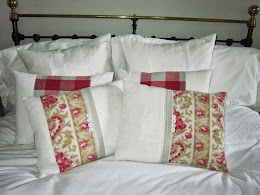 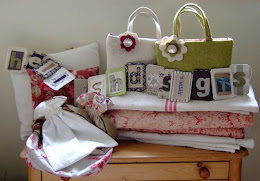 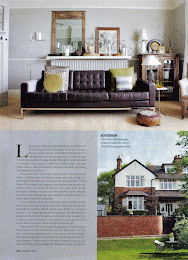